It is beautiful and enigmatic and has a wonderful culture. If you like to take a picture or two, this is a country that will make your Instagram feed the envy of all your followers. If you want something different and to experience the power of the land, Iceland is for you.

You may even catch the Northern Lights!

The best way to see Iceland is by car. The more picturesque parts of it have designated photography areas. This way you can park, take a picture, and be on your way again. You also don’t block the roads and make other drivers angry.

Renting a car or campervan is simply a question of whether where you are going requires a four by four or a two-wheeled drive vehicle. If you want to go to the likes of Landmannalaugar, and Askja in the Highlands, you’ll need a four-wheel-drive with decent clearance. If you’re going to take the Golden Circle route, then a two-wheel drive is all you need.

Most Iceland car rental firms will give you a good choice of vehicles.

So where to go? 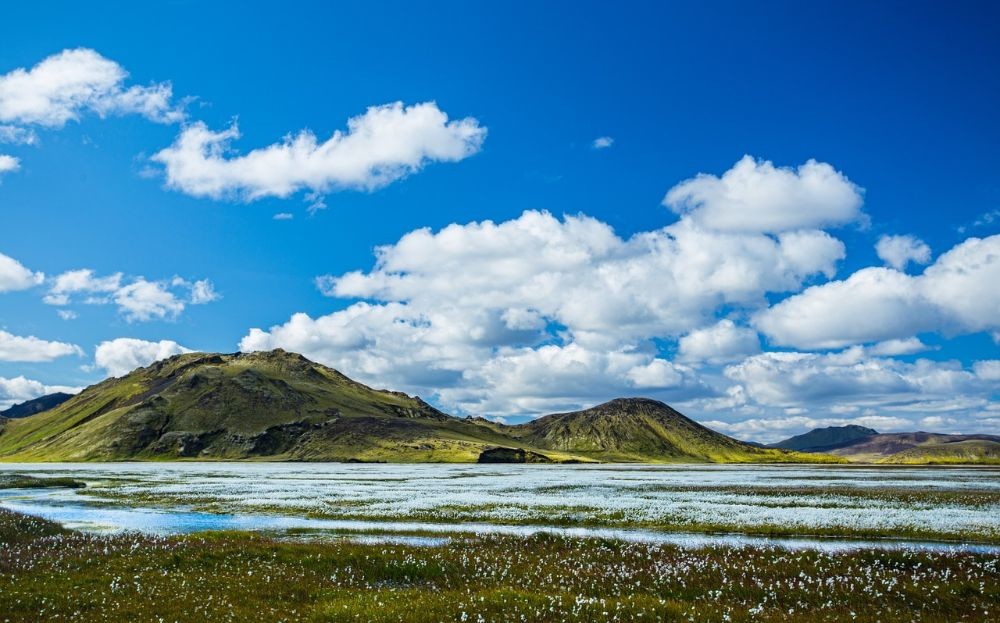 To reach Landmannalaugar in the South Highlands, you will need a four-wheel-drive vehicle. Due to Iceland’s arctic circle location, the roads to this ruggedly beautiful land are closed in the winter months. When you drive out to Landmannalaugar ensure you check the weather forecast regularly, so you know if a cold front is approaching.

It is possible to camp and to lodge at Landmannalaugar.

The landscape comprises of neon green moss and mountains, and often you’ll catch sight of pink flowers that seem to grow from nothing. It is a good idea to follow one of the hiking trails. You can get guided day hikes and this will show you the gems of the region including the Landmannalaugar Hot Springs and the Fjallabak Nature Reserve.

Head to the Dyngjufjoll Mountains in your four by four, and you’ll soon come across the region of Askja. It too is part of the Highlands, and you can combine it with other ring road trips.

Related:  The 9 Best Travel Deals To Save You Money on Your Next Trip

Askja itself is a 50 square kilometer region known as the Askja Caldera or Askja Cauldron. The cauldron formed when a lava field just below the surface collapsed into an active volcano, causing the ground to collapse along with it. The result, the Askja Caldera.

Highlights here include the Öskjuvatn Lake. Eleven kilometers square and has a depth of 217m, and the Viti Volcano features a 60m deep geothermal lake running at a nice and warm 22 degrees Celsius. 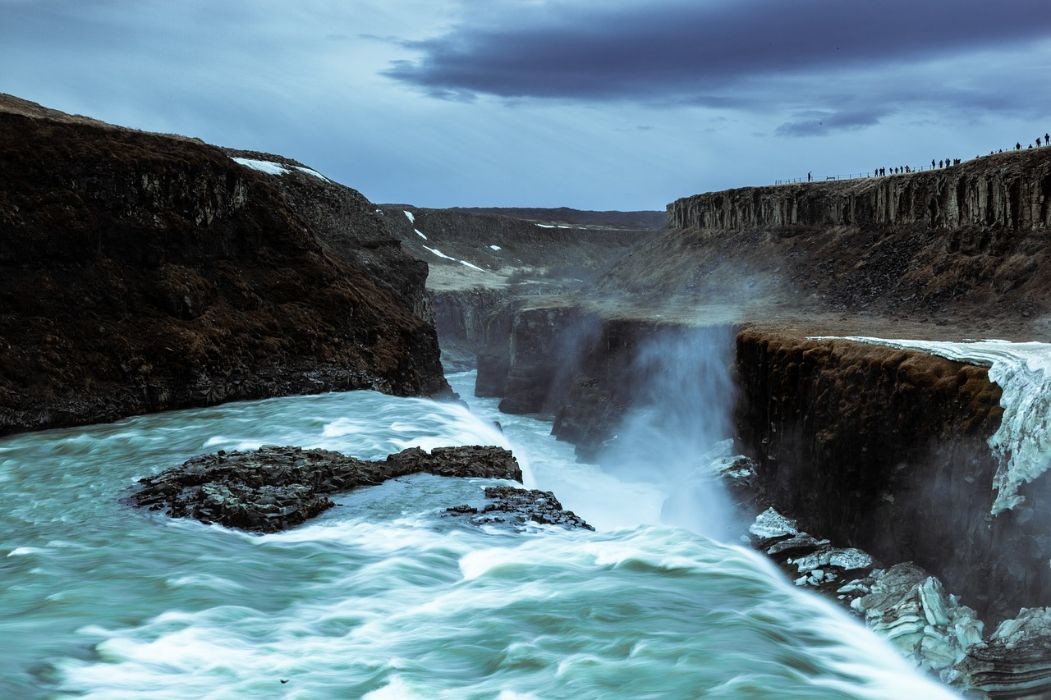 Gullfoss, which translates to ‘golden falls’ is a spectacular spectacle of cascading water. It is actually two waterfalls that lead to one another and is both unique and powerful. You’ll find it in the Hvítá river canyon.

The waterfall is fed by meltwater from the Langjökull glacier. When it reaches Gullfoss, it falls 32 meters in two stages. You’ll be pleased to know that there are plenty of viewing platforms to get the best possible picture.

To avoid tourists, come as early as you can.

Akureyri is the unofficial capital city of north Iceland and is the second-largest in the country after Reykjavik. It is a gateway to some spectacular sites offered by North Iceland such as the Mývatn region, Dettifoss Waterfall, Goðafoss Waterfall and Ásbyrgi Canyon.

The city is worth exploring as it is a good example of Icelandic architecture and you can pick up some excellent tours including the Mývatn Sightseeing and Hot Spring Tour where you can soak in the warm waters of the Mývatn Nature Baths. All the time, photo opportunities will come thick and fast. 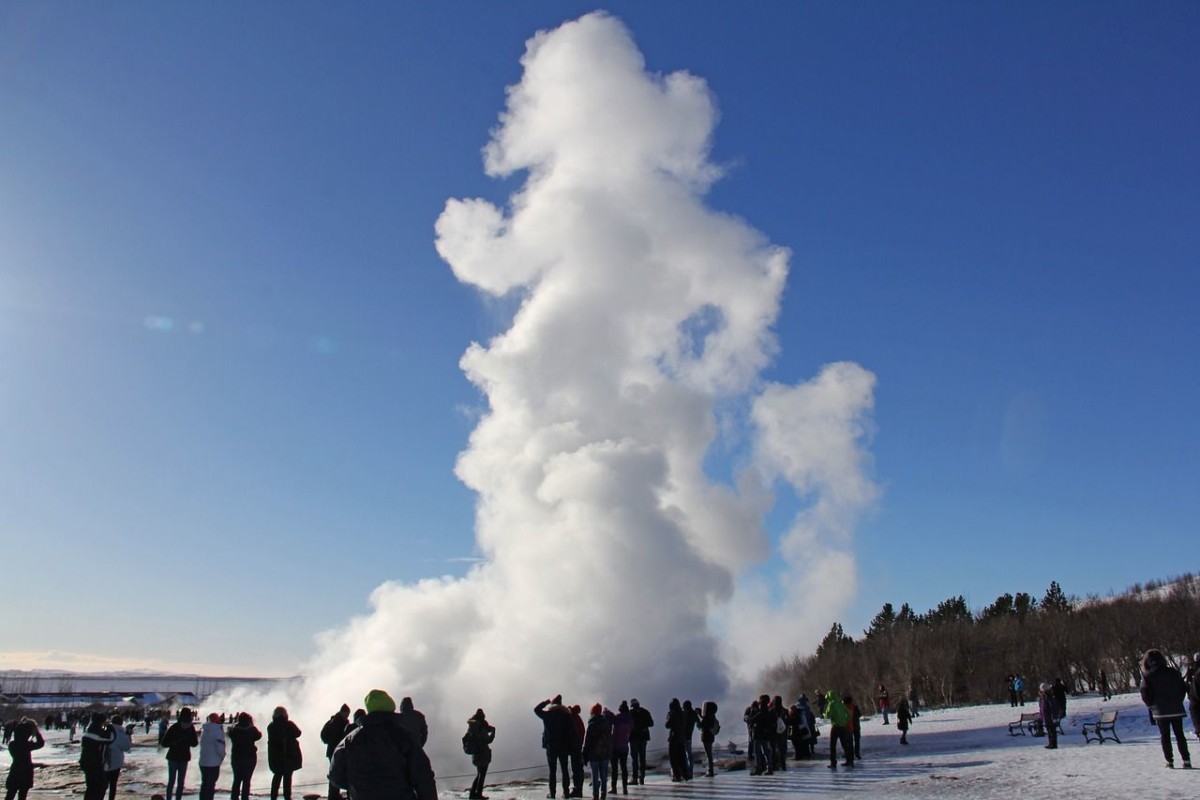 The Geysir Hot Springs is a brilliant part of the country. It is a 100m wide strip of land that is around 3 kilometers long and forms part of the Golden Circle. Here exploding mud pits and hot springs shoot water into the air.

The star of the show is Strokkur that shoots water 30 meters into the air every ten minutes or so. So be ready with your camera!

Translating to ‘Smokey Bay’ Iceland’s capital is the most northernmost capital city in the world. It has 200,000 inhabitants and like most brilliant cities it is a cultural and historical treat. From a photographers perspective, explore the city by foot and head to places like Austurvöllur Square and Reykjavík’s oldest church, Dómkirkjan.

Iceland is an amazing country and well worth a few weeks of your time.