The first time you set your eyes on her, you were taken by her unadulterated beauty. You knew there and then that she was the woman you’d been waiting for all those years. Like any man in your situation would do, you moved with speed to make each other’s acquaintance. You still remember so vividly how your heart skipped a bit when she first shook your hands. Her smile alone was clear proof that heaven was missing an angel. She was simply too good to let go, so you exchanged contacts and promised to keep in touch with her. You began arrangements for your maiden date and shared the plans with her, to which she agreed. You’ve since gone on countless dates but you still get that magical feeling whenever she’s around. It’s like you’re always meeting her for the first time. As it turns out, her outward beauty isn’t the only thing to love about her. She also has a charming personality, has a way with words, and is endowed with a great sense of humor…just the right combination you’ve ever wanted in a woman. But something seems a bit out of whack. She just doesn’t appear to be sending vibes to the effect that she is into you. So, you begin to wonder to yourself whether you’re chasing a lost cause. Well, there’s no need to fret. Women have a subtle way of expressing their interest in a man. Thankfully, there are always some signs to look out for. And the sooner you find out that you’ve captured her heart, the better for you. No man wants to be rejected after putting in so much effort to charm the woman of their dreams.

The following are some tell-tale signs that she likes you. 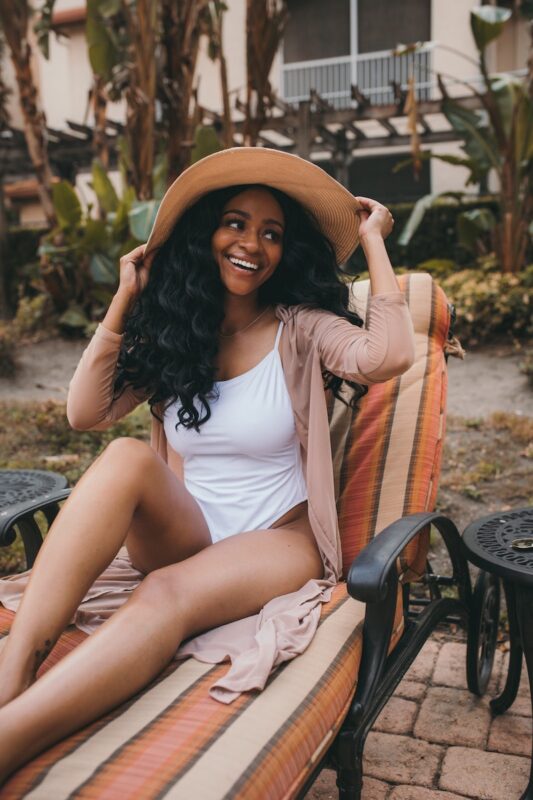 One of the main indications that she is into you is if she asks way too many questions. She will want to find out more about issues that are so personal to you, including your parents, childhood, academic background, work experience, and even hobbies. As she has already fallen for you, it’s only natural that she learns as much information about you as possible.

On a typical date, a woman will likely ask how your parents are doing. But if she focuses on questions related to your own family, then perhaps she finds you irresistibly attractive. For instance, she might ask how many children you’d wish to have, what your idea of a dream home is, etc.

Still on questions, one of the ways women demonstrate their interest in men is by asking futuristic questions. Some of those questions include; • Where do you see yourself in 20 years? • Which city would you love to spend most of your retirement years in?

4. She remembers your interests

Another tell-tale sign that she is into you is if she always remembers your interests. But remembering those interests isn’t enough, she will also go the extra mile of following up on them. For instance, maybe she already knows that you have a hobby for swimming. As the weekend nears, you’ll realize that she begins to suggest some of the best swimming spots in the neighborhood.

5. She remembers your anniversaries 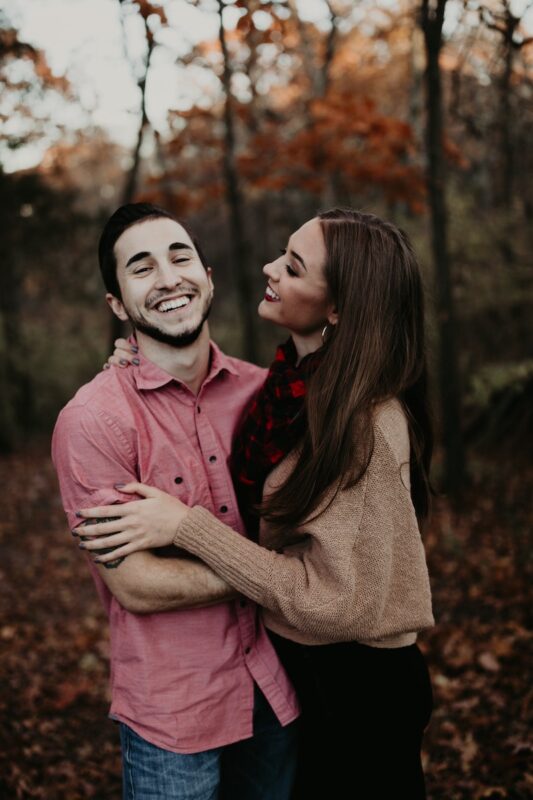 We’ve just mentioned that remembering your interests is one of the signs that she might be into you. But it could as well mean that she also shares in those hobbies. However, if a woman can remember your anniversaries and help you to mark them, that’s the surest sign ever that she’s as good as yours.

Blushing could result from an embarrassment. But if a girl blushes during a conversation, it’s likely because she finds you attractive. That’s especially if this keeps happening whenever you make eye contact.

7. She shares her deepest secrets with you

Women are unarguably some of the most secretive creatures on the planet. However, they don’t mind sharing their secrets with people they trust. So, if she likes and trusts you, she’ll definitely tell you her life’s most embarrassing moment, lowest point, near-tragic experience, etc.

8. She takes the first initiative

A woman that’s really interested in you will not always wait on you to make the first move. She won’t sit back and wait for your ‘good morning’ or ‘good night’ text so that she can simply reply. On the contrary, she’s more confident about making the first move.

9. She finds you hilarious

Humor is not every man’s forte. In their desperate attempts to sound amusing, many men have been left with egg on their faces. That’s why it’s reassuring to know that there’s someone out there that can laugh at all your jokes, no matter how terrible they are. A woman who finds you hilarious even when you’re clearly not might be way into you. 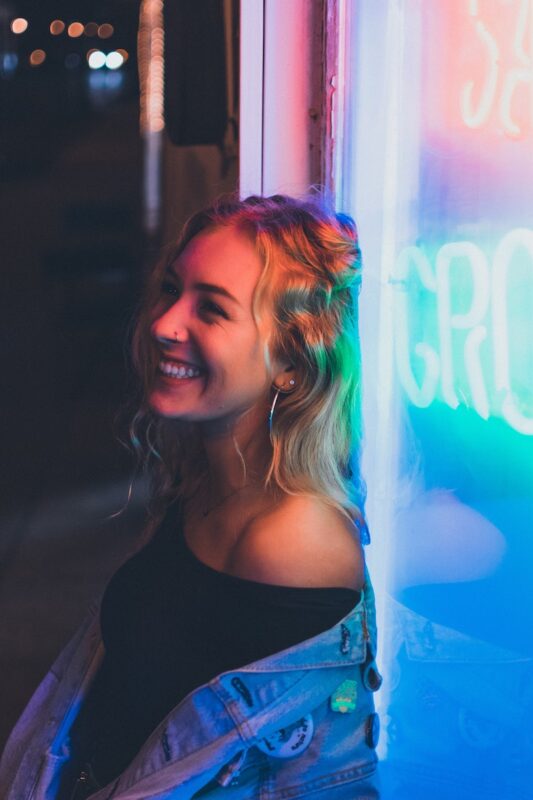 Playful teasing isn’t just a preserve of elementary school children. It’s also one of the surefire signs that a woman is interested in you. By teasing you, she’s trying to get more intimate with you without coming off as too bold and forward.

11. She willingly agrees to be part of your plans

A woman who’s in love with you will be happy to be part of your plans. She won’t hesitate when you ask her to hang out with you or accompany you anywhere. Even if she already had other plans, she will happily reschedule them so she can accommodate your requests.

12. She wants you to meet her family and/or friends

Does she constantly remind you to meet her family and friends? The chances are that she’s not only into you, but she’s also proud of you. In fact, this is the surest sign ever that she’s already too willing to settle down with you.

13. She speaks to her friends about you

Another clear evidence that a woman loves you if she speaks about you to her friends. Of course, you expect her to share only positive attributes about you, such as how handsome you are, your incredible sense of humor, how organized you are, etc. But how will you know that she frequently speaks about you? Usually, she will unintentionally tell you. For instance, she might say something like, ‘my friends couldn’t believe me when I told them that I stayed out late with you.’ You may also tell that you’re often the subject of discussion whenever you meet her with her friends. The way they greet you, stare at you, or treat you will tell it all.

14. She shows a lot of interest in you even when you’re in a group setting

A girl can telegraph her interest in you even when you’re in a group setting. She will throw furtive glances your way and you realize that the two of you are frequently making eye contact. If you happen to be playing a game that requires the participants to pair up, she’ll want to either pair up with you or be your opponent.

15. She invades your personal space 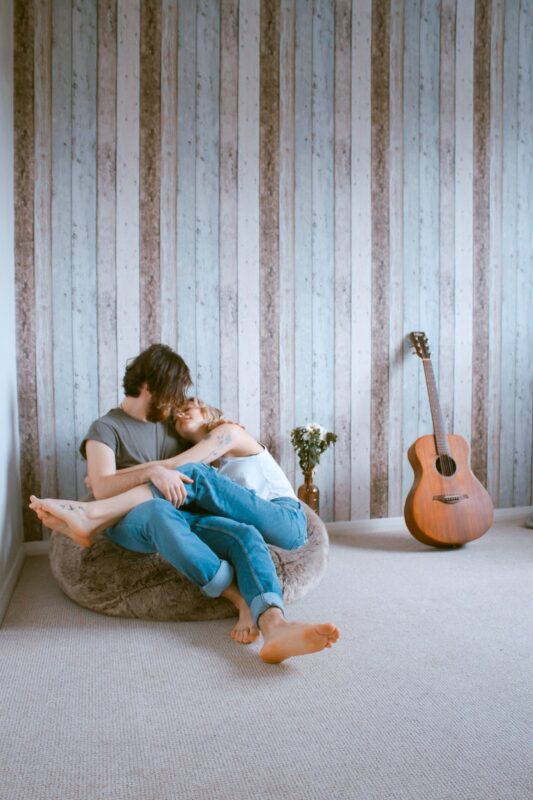 Personal spaces ought to be respected. And the female gender understands this all too well. But if she’s interested in you, she won’t mind invading your personal space. You’ll realize that she prefers to talk to you in person instead of calling. And whenever you’re having a conversation, she will draw unusually closer to you.

16. She draws attention to her head and shoulders

This isn’t just a sign that she likes you, it might also mean that she’s ready to get it on with you anytime. You’ll catch her constantly twirling a hair strand on her head, playing with a necklace, or frequently adjusting her head.

Women don’t just arch their backs. They do it to accentuate their legs and breasts. And this doesn’t just happen incidentally but is always directed to men they’re interested in.

18. She’s seductive with her lips

Not all women are endowed with luscious lips. But many are skilled at making suggestive gestures using their lips. For instance, she might apply lipstick in a graceful manner. She might also eat her food or speak in a sensuous manner. All these are aimed at awakening the sexual animal in you.

19. She puts up a fuss if you break your promises

The least you can expect from a woman after breaking your promise is for her to lash out at you. It now turns out that the more she likes you, the more viciously she’ll lash out. It’s one of her ways of telling you that she doesn’t like to be ignored. 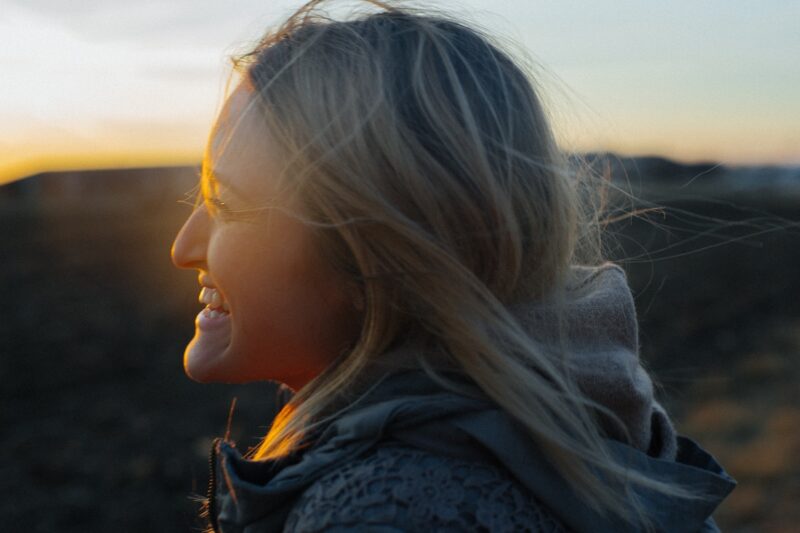 Is she visibly anxious whenever you’re talking to other women? Does she purposefully interrupt a phone call with a female coworker? All these are tell-tale signs that she’s protective of you, and women are generally protective of those they cherish.

There you go, fellas. Remember that she will never admit to you outright that she likes you. In fact, doing so could leave you more confused than reassured. Instead, watch out for any of the above signs and you’ll be able to gauge the level of her interest in you.