Nick “Nickmercs” Kolcheff is currently one of the most well-known Twitch streamers in the world. The American digital content maker has built a reputation through streaming games like Call of Duty: Warzone, Apex Legends, and Fortnite. He has a large following and is one of the proud co-owners of FaZe Clan, a legendary Esports organization.

Nickmercs has been a gamer since he was a child, and despite his parents’ initial disapproval, he went on to prove his worth as a professional in the early days of Gears of War esports. Subsequently, he then went on to win the MLG Anaheim, MLG Dr. Pepper, and MLG Orlando National Championships with his team Th3 NSAN3Z.

Report has it that Nickmercs has never pursued a career as a professional player. Instead, he began streaming in 2010, when he joined Twitch. The American immediately established a community on the platform by leveraging his Gears of War fanbase.

Nickmercs has one of the most impressive streaming setups available. The streamer hired builders to create a state-of-the-art gaming room that would take his streams to the next level after realizing he hadn’t invested in his setup in years.

Related:  List of Top 7 Native Ad Platforms for Publishers in 2023 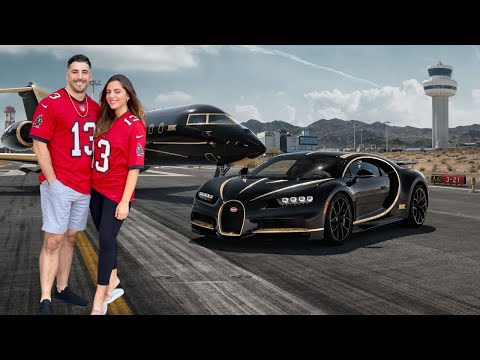 Nick Kolcheff, popularly known as Nickmercs, was born on November 21 to his father, Kevin Kolcheff, and his mother, whose identity Nick is yet to disclose to the internet. He was born in the year 1990 in Detroit, Michigan. At first, he struggled to gain internet recognition until he set the World Record for the most squad kills in “Fortnite.” From 2016 to 2019, he was a member of “100 Thieves.”

Nickmercs can no longer be classified as a rising star due to the immense growth he has had over time. On Twitch, Nickmercs has over 5.9 million followers, with around 50,000 viewers per stream daily. His channel has roughly 58,000 subscribers, each paying a minimum of $2.5 each month. His earnings from Twitch alone amount to roughly $145,000 per month, and around $1.75 million per year. In addition, he receives additional funds via donations.

Nickmercs also has a YouTube channel with over 3.5 million subscribers, where he broadcasts highlights of his streams. In addition, Nickmercs’ and FaZe Clan’s partnership also contributes to Nick racking up a couple of thousand dollars in his account, although the exact sum has yet to be revealed.

Nickmercs has been broadcasting on Twitch for nearly a decade, but it is only in the last few years that he has begun to rise to stardom. Although Nickmercs is now one of Twitch’s top stars, he isn’t slowing down, and we are all here for it!

Related:  Learn How To Choose The Proper Outfit Every Time

What Is Nickmercs’ Net Worth?

If anyone had told Nickmercs that he would make as much money as he does from Twitch streaming years ago, I bet he wouldn’t have believed it.

However, Nickmercs was quick to discover the secret in the constant evolution of this global village called earth and has been able to harness one of its benefits. It is no wonder that his net worth stands tall at $4 million.

Lessons from the Life of Nickmercs

Plan For Your Future

A life lesson from Nickmercs is that it is good to dream big, but it is even better to support those dreams with actual workable plans. Nick discovered his talent at video gaming and further developed himself in that aspect and thought of how he could make a living with that.

He has measurable set goals, and he sought diligently to achieve them. Do not just dare to dream; dare to plan too!

Related:  How to Become an Insurance Agent in Oregon: All you need to know

Parents Should Be More Supportive of Their Kid’s Dreams

To prevent a situation where the parent and child would be at war with each other, parents should be more supportive of their children’s dreams.