I don’t know about you, but when it comes to my relatives and friends, no one really seems to consider America as a beautiful place that attracts tourists in the old-fashioned way. What I mean is that everyone seems to be interested in all the monumental buildings and historic landmarks of this country. Everyone is a lot more focused on the culture and the sheer grandeur of the United States that they forget about just how beautiful it is when it comes to nature.

When people want to see the beauty of nature, they usually go to European and Asian countries, and everyone seems to forget about how beautiful the US can be. And if we are talking about the United States and its nature, no state can rival the beauty of California. Sure, California is also known as the home of such tourist destinations as the Golden Gate Bridge, Disneyland, Universal Studios Hollywood, and SeaWorld San Diego, but they forget about the natural beauty of this state.

The amazing nature of the Golden State cannot leave anyone indifferent. Calm bays and mystical valleys, proud capes, lonely lighthouses, stunning groves, rocky coasts, deep lakes, and golden beaches… The most beautiful places in California are waiting just for you. Check out the following romantic spots one can find in California that will make your trip truly unforgettable.

Point Reyes is located approximately 50 km northwest of San Francisco. It is part of the eponymous national park. Hilly terrain is strewn with trees and quiet beaches, and secluded lagoons stretch along the ocean.

With enough luck, you can see whales that are often found off the coast of California. We advise you to take a walk to the Point Reyes lighthouse – some amazing views can be found there. Or look for the treasures of the famous privateer Francis Drake, which, according to legends, is hidden somewhere nearby.

If you don’t have a partner to visit this beautiful place with, then be sure to start dating women online. Don’t waste your time! 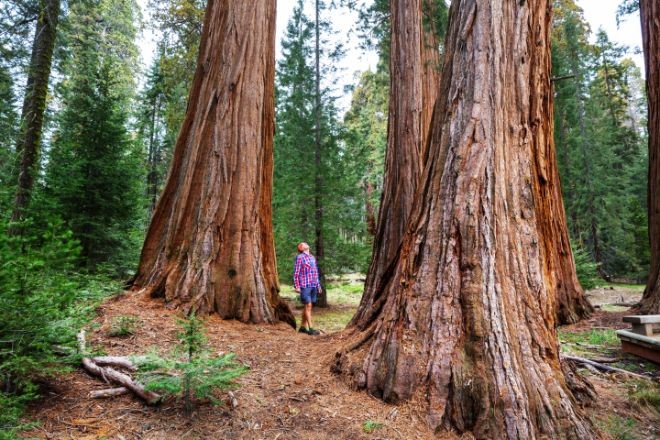 Sequoia National Park is located in the southern Sierra Nevada. The largest tree on Earth grows here – the volume of sequoia wood General Sherman reaches almost 1,500 cubic meters! Two species of these trees grow in the park: giant and evergreen.

They reach 100 meters in height and 10 meters in girth, and their age is from 2 to 4 thousand years. Among other attractions of the park are Moro Rock, numerous caves and a car tunnel inside a giant sequoia that fell on the road.

Big Sur is a stretch of coast stretching between the city of San Simeon and the Carmel mountain range. At the beginning of the last century, the region was considered the most isolated corner of the United States – only a couple of houses were built here, and there was absolutely no electricity whatsoever. But after the construction of the road, which later became known as the most picturesque in America, the situation dramatically changed.

The beauty of Big Sur was also appreciated by many writers. It appears in the novels “Big Sur and Oranges of Hieronymus Bosch” by Henry Miller and “Big Sur” by Jack Kerouac. 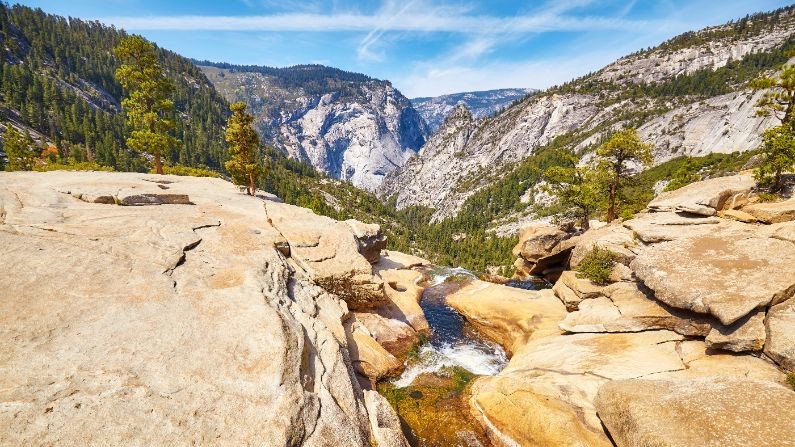 Yosemite National Park is located on the western slopes of the Sierra Nevada mountain range. It is known for its stunning scenery: high cliffs, picturesque waterfalls, and green groves. More than 160 species of rare plant species grow here, including huge Sequoiadendron – the most massive and one of the tallest and longest-living trees in the world.

Among the giants in the park, there are not only trees but also waterfalls: Yosemite Falls is one of the twenty tallest in the world (its height is 739 m).

Death Valley is located in the Mojave Desert and the Great Basin, southeast of the Sierra Nevada mountain range. It got its current name thanks to immigrants who, in the era of the gold rush, tried to reach the gold mines by the shortest route. Not everyone was able to get there.

And those who still managed to do this called the area Death Valley. This is the lowest point in North America and the highest air temperature in the world has been recorded right here. The valley is also known for its moving stones, the mystery of which many scientists tried to solve over the years.