Eiji Nakatsu had a problem.

It was the late 90s and he was general manager of the technical team working on the Shinkansen bullet (as the nose was round) train in Japan. They had a train that could go at 200 m/h at its fastest through the suburbs of Tokyo, but it wasn’t clearing the stringent noise standards required by the densely populated city. The train went from a low-density open-air medium into tunnels, pushing the airtight and as it exited, the train made a huge sound called a ‘tunnel boom’.

The problem had to be solved. He could not find ideas in examples of innovative technology design or a solution be it a physics textbook or research paper.

Eiji Nakatsu turned to the mistress of design – Nature.

He had observed kingfishers diving into water without a splash and noiselessly too. They were diving through the air and then entered water whose density was higher, and yet they were silent. Concluding correctly that it was the beak of the bird which helped it get to its prey so soundlessly, he and the design team redesigned the train’s nose to resemble a beak, the pantograph mounted on the train to collect electricity was redesigned like the owl’s feathers, and voilà – not only did the sound reduce, the efficiency increased! 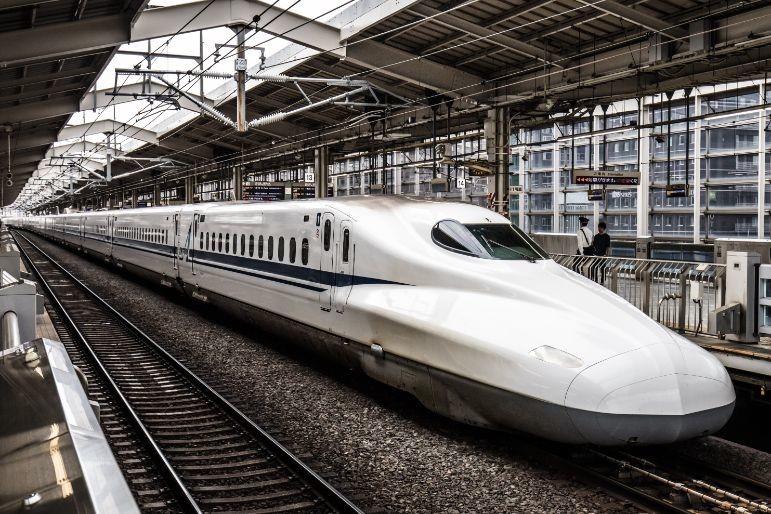 Over millennia, Nature had fine-tuned the design of the kingfisher’s beak and the owl’s feathers, to get to their prey soundlessly. Eiji Nakatsu had just mimicked a time tested design to get to his goal.

Why reinvent the wheel?

We have forgotten that we are part of the natural world we live in. Many other creatures have done what we take pride in. They have done it before, better and for longer.

They have had more practice at designing homes, gardens, cleaning solutions, building materials, nurseries for their young, weapons, food stores, packaging, communication protocols, and even pre-mating dance rituals just to name a few!

We take pride in the Burj Khalifa, the tallest building in the world, little understanding that in Africa there are 42’ high termitaria built by the 6mm long termites which is a phenomenal 2133 times taller than those tiny creatures. Don’t bother doing the math – they are the master builders, not us. In Brazil, they have found termitaria which is in use from 4000 years!

The giant redwoods have stood tall on the side of mountains for hundreds of years in North America. Why don’t they topple over? It’s friendly cooperation at the root of their success – their roots are not deep, they are intertwined. We can’t even take a photograph of the tallest tree on earth in one frame – yes, it’s impossible!

We use concrete, which is environmentally unfriendly to both produce and dispose of, for construction which requires strength. But the seashells we so love to collect are mighty strong – they are built silently in low pressure and low heat environment. Underwater too. When powdered, they just become a part of the soil. What’s the secret?

We make steel at temperatures which can cook human flesh and mine the iron ore laying waste to thick jungles, but this teeny weeny Darwin’s bark spider mommy shoots out silk 80’ long on-demand and it is stronger than our strongest steel!

How does Nature do all this? 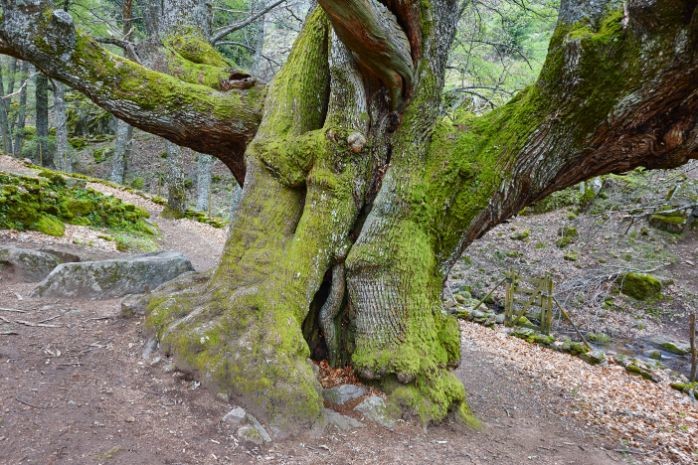 Nature has had 3.8 billion years of evolution to experiment with strategy, material, process, design, systems and a whole bunch of things we don’t even comprehend as yet. There is an intelligence and interdependence built into systems, which we are just learning about.

Related:  The Importance of Cross-Browser Testing in Web Design

As we have evolved to where we are, she has discarded multiple variations of her designs in our ecosystem that have not worked. We must marvel at how we have a sustainable and rich home on this planet, an Eden in this vast cold cosmic darkness.

Nature has built-in checks and balances. This can be seen with this beautiful example of the reintroduction of wolves into Yellowstone National Park in the 90s.

Humans had wiped out this top predator at Yellowstone for almost 100 years. The elk population rose and overgrazing caused soil degradation. When the wolves were reintroduced a trophic cascade resulted in the enlivening and enriching of the entire ecosystem. In their fear of the wolf, humans had wiped them out, only to realize that to have nature’s checks and balances in place, we have to live and let live.

“When we look at what is truly sustainable, the only real model that has worked over long periods of time is the natural world.”

In the last few centuries, we humans seem to have forgotten humility and think we can control our ecosystem with impunity. Nature has given us generously – clean water, air, and soil. We must use it wisely.

We have abused the planet and its resources. By moving manufacturing which poisoned the air, water, and land to a faraway part of the planet, we did not necessarily keep the problem away from our doorstep. Trouble spread and we learned instead that the planet and its systems are interconnected.

What we need to do 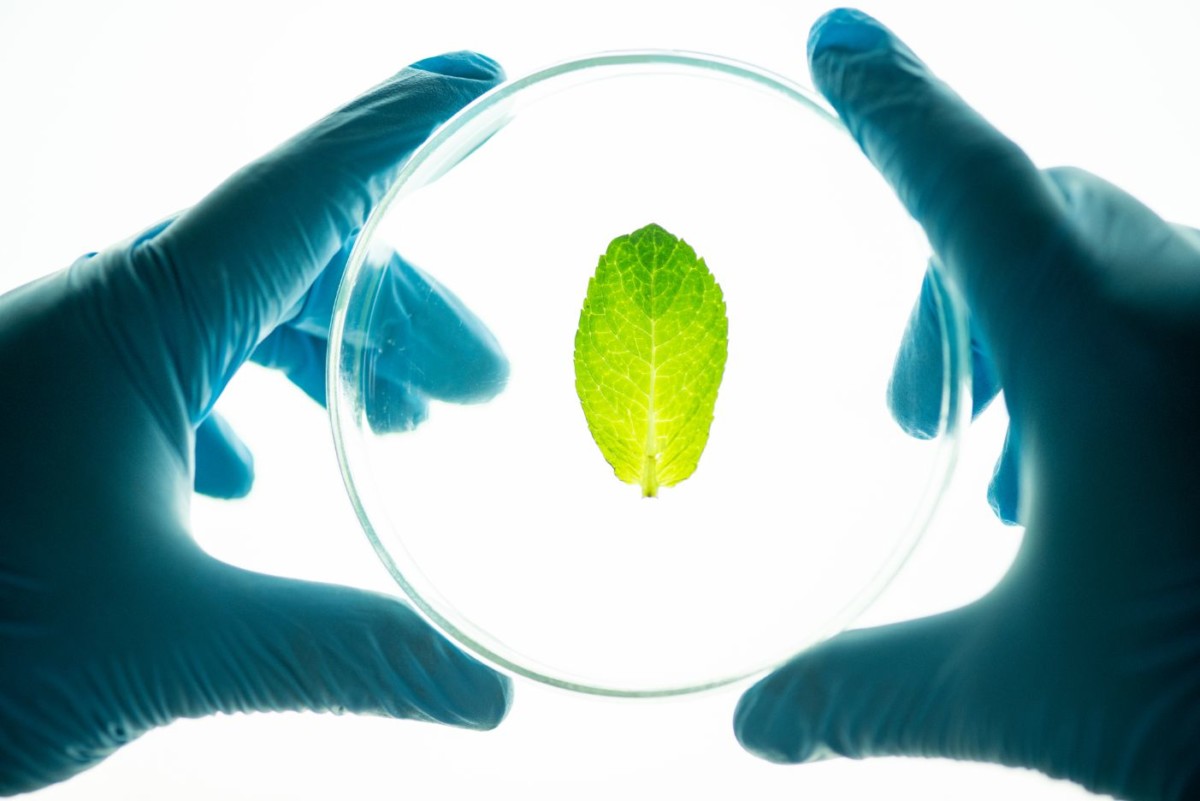 In reintroducing the wolf, we mimicked Nature.

In redesigning the bullet train’s nose, we mimicked Nature.

This is a new era in design – biology-inspired design or biomimetic design. Have a problem? Look at how Nature solves it. Then implement it into your design with a minimal impact on the ecosystem.

It could be in architecture, textiles, renewable power, transport, water technologies, or any other field. Often, the solution might not be obvious. It might need some reimagination and intersection of fields of interest.

The hydrophobic property of the lotus leaf is used to make paints and textiles. Scientists and designers are also exploring using this effect to waterproof mobile phones.

Biomimicry is an approach to innovation that seeks sustainable solutions to human challenges by emulating nature’s time-tested patterns and strategies. The goal is to create products, processes, and policies—new ways of living—that are well-adapted to life on earth over the long haul. – From the Biomimicry Institute

Here is a list of steps people could take on this biology-inspired design journey:

Bio: Sophia is a newbie online ESL/EFL instructor. She is a passionate educator and blogs about education on her personal blog. She found her true calling — teaching — while she was juggling writing and a 9-5 desk job.