Real sneakerheads are still remembering the pre-hype days before Jordans were bought and sold like stocks. Before running shoes became run-of-the-mill for the fashion elite, sneakers were part of a lifestyle; they weren’t just shoes before collaborations drooped every month. Inevitably there are a few cultural icons left untouched and unadopted by the masses. As such, there’s no denying that sneakers and fashion have become inextricable.

A more widespread appreciation for sneakers has allowed new ideas, conversations, and modes of self-expression to flourish through the current craze for kicks may be a drastic change from the days of the yore. If you are new to the sneaker collectors arena and are wondering when were the Jordans made? No matter how many years had passed from when the first Jordans came out, we can assure you that they continue to hold a particular spot in collector’s items due to design, style, and overall performance. Their value holds over time.

How Was the Air Jordan Made? 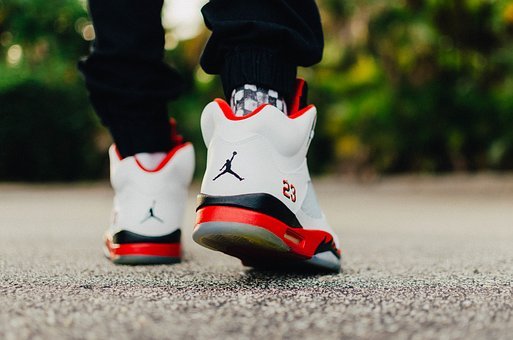 Nike created the shoe in 1984 after Michael Jordan signed a deal. At that time, the NBA used Converse as their official shoe. However, the firm told Michael Jordan that they couldn’t put him above the other athletes they sponsored. Therefore, Jordan decided against partnering with them. At this time, Jordan’s favorite shoe was Adidas, but the brand could not put out shoes at that time. Jordans’ manager suggested that he go with Nike. However, Jordan wasn’t interested because Nike was known more for track shoes at the time.

And after that, it was all about getting Jordan his shoe. Nike expected to sell $3 million worth of Air Jordans at the end of year four after Jordan had signed the deal. However, the brand had sold $126 million in year one.

The Resale Value of The Air Jordans 1

The Air Jordan 1 was designed by Peter Moore in 1985 for the NBA star Michael Jordans. It was the first-ever signature sneaker. Because of this, it was expected to sell between $100,000 and $150,000 in the auction. However, the sneakers sold for a record of $560,000 at Sotheby’s in an online auction.

With this, Sotheby’s set a world record of $437,500 for a pair of 1972 Nike running shoes. The Sotheby’s auction house is then known for selling a multimillion-dollar art dedicated entirely to sneakers.

The Iconicity of Air Jordan 1 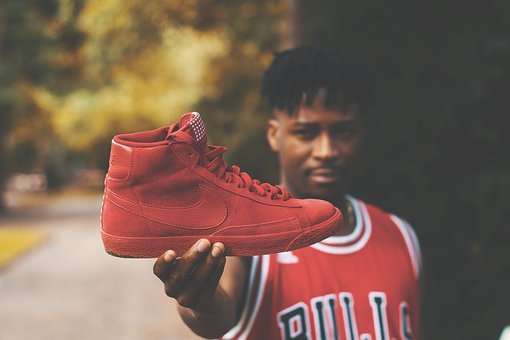 According to the early sneakerheads, the NBA banned the first iteration of Michael’s Jordans because they didn’t adhere to the league’s rule that a sneaker should be mostly white, reflecting the team’s colors’ jersey. For every game that Michael wore the banned Air Jordan 1 sneakers, he was fined $5,000, which Nike happily paid to capitalize on the publicity. The shoe became a must-have status symbol in the ’90s, and it is still the limelight of street style today. The Air Jordan 1 remains iconic, although the Air Jordan has now seen several iterations.

The success of Air Jordan 1 encouraged Nike to release a new Air Jordan in 1986 for the basketball season. The Air Jordan 2 was unique as it was designed by Peter Moore and Bruce Kilgore and made in Italy. The Air Jordan 2 had better cushioning and a full-length encapsulated for maximum comfort. It was the first Jordan not to have the Nike Swoosh featured on the upper. When it was released from 1986 to 1987, the sneakers retailed at $100. And on October 18, 2018, the brand released Air Jordan 33. It is the first laceless Air Jordan model.

The Resale Stats of The Air Jordan

The Air Jordan resale stats come first, holding an average resale value up to 1,816%, securing the resale market spot as the most valuable sneakers. This is attributed by the fact of the story behind the style of this sneaker. For many years now, the Air Jordan 1 has been the most popular sneaker in the market today. Its minimal design has allowed it to transcend its original purpose as a basketball shoe. This is because it makes the perfect canvas for a never-ending variety of color combinations. The fact that it’s the first sneaker that was sported by the greatest player of all time, Michael Jordan, has also attributed to this sneaker’s legendary status.

The Air Jordan 1 rubber midsole that never deteriorates makes this sneaker the only wearable sneaker from that error.

Related:  How to Dress Stylish In Plus Size Clothing

In recent days, the product is sensational that the consumers want it and pull the store’s display shoes. Therefore, there is no need to market a Jordan product so that it could hurt the market. Jordan is getting the balance just right between nostalgia and innovation.

Year in and year out, Air Jordan has a strong lineup of shoe releases to satisfy any sneaker enthusiast. 2021 looks to be no different with the release of classic colorways like the Jordan 6 Carmine, Jordan 11 Cool Grey, or Jordan 5 Raging Bull and new takes on iconic silhouettes like the Jordan 4 White Oreo.

Another 2021 release that has sneakerheads excited is the reissue of the Jordan 5 Raging Bull which can be purchased at Flight Club. The Varsity Red upper is inspired by the primary color of the NBA team Chicago Bulls hence the moniker “Raging Bull.” The black accents in the eyelets and midsole provide a stark contrast to the premium red suede upper. A silver reflective tongue offers an interesting finishing touch to the contrasting red and black colors on the shoe.