A pair of scissors is a necessary household, school, and office tool. It’s a safe bet that most people use scissors for anything many times a week, if not daily. It’s one of the first functional and fun tools a person learns to use.

Scissors can be used in a variety of ways. Adults entertain children with blunt scissors and colorful papers. Crafters need scissors to start and finish their projects. Dressmakers can’t do their work without scissors; the same thing goes for gardeners.

Students and office workers need scissors on standby as well. Needless to say, it’s a tool that is important to have both at home or work.

Did you know that…

Scissors come in different sizes and styles. The most common ones are as follows:

Related:  19 Remarkable Planters for Your Workspace

Perfect Scissors for Your Workspace

Here are 10 of the best scissors you can buy for your home or office use.

Even more great additions to your workspace:

Made in Japan, Craft Design Tecnolgy Scissor is solid stainless steel with a delicate hairline finish. It’s a multi-awarded office tool in terms of design and quality. It’s available in both black and natural steel color. 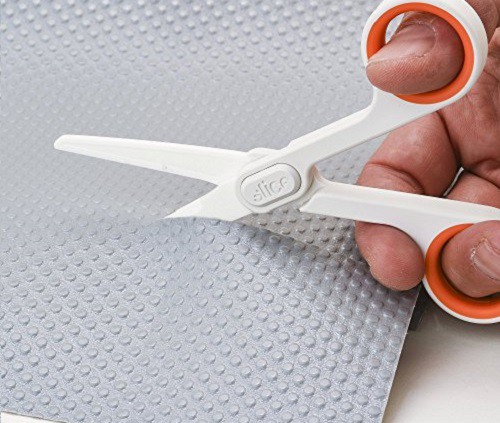 Best for making baby food, Slice 10544 Ceramic Scissors never rust. It’s compact, safer than metal blades, and free of lead and Phthalate. The pair is also finger-friendly so even kids can enjoy using it. It cuts through Kevlar Fiber, papers, cardboards, and fishing wires. 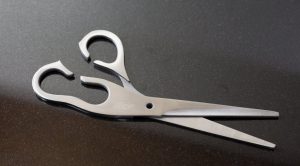 Featured before in the Museum of Modern Art (MoMA) store for its unique lay flat design, Slice 10420 is 100 percent all-metal, food grade, functional art scissors. It’s sharp enough to cut through synthetic materials with ease. It can be used to slice pizza and baby food.

Perfect for cutting papers, strings and clothe tags, the Plus Pen Style Compact Twiggy Scissors is specially made for students and seniors. The pen style scissors can be carried in your bag, briefcase, pencil case, and even in your pocket. It’s a great crafting and sewing tool. 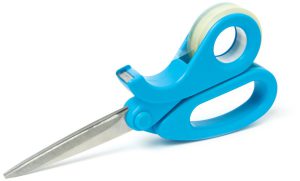 As the name suggests, Scissortape is a pair of scissors and tape in one. The shears have a built-in tape dispenser at its handle. It’s best for gift wrapping and art projects. 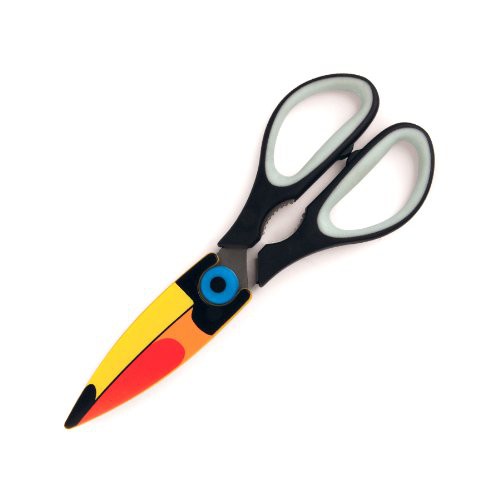 Made from stainless, Kikkerland Toucan Kitchen Shears is both a pair of scissors and a bottle opener. It has a handy magnetic cover so it can be placed like a ref magnet. It has soft, colorful grips with steel tooth inset for long-lasting use.

Ideal for sewing, the Fiskar 8 Inch Forged Scissors can cut through a wide variety of fabrics like denim and silk. It features forged steel blades that provide long-lasting sharpness. This pair of Forged Scissors also has a lifetime warranty. 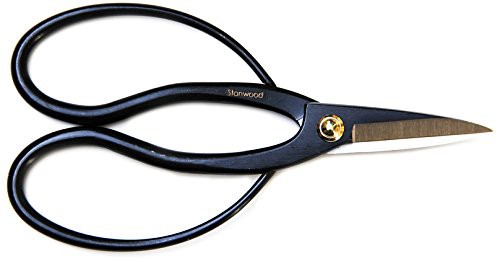 As the name suggests, this pair of scissors is made specifically for bonsai cutting. It’s designed and created by Japanese Master Craftsmen. It’s considered the most versatile bonsai scissors because it can cut through leaves, branches, and roots. This butterfly pair of scissors has a 3-year unconditional warranty.

This 8-inch, stainless steel pair of scissors is made with the finest-quality materials to ensure a sharp edge and long cutting life. Scotch Precision also comes in 6-inch and 7-inch sizes. It also offers a lifetime warranty. 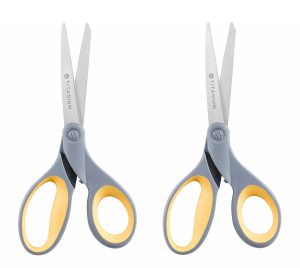 Known as the original Titanium Bonded scissors, the Westcott Titanium has blades three times harder than steel that also stays sharp for a long time. It features soft grip holes that maintain a comfortable yet tight handle around the scissors. It’s ideal for both home and office use. 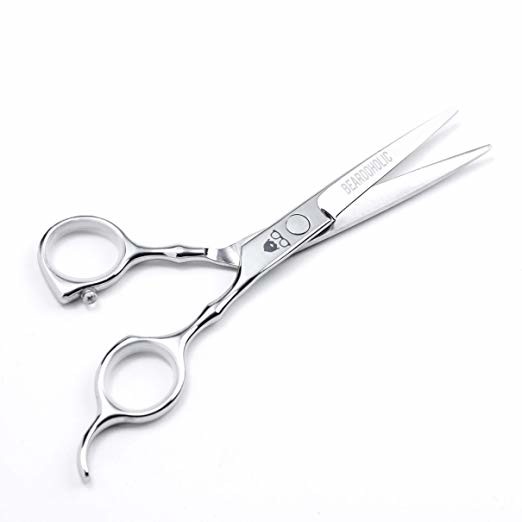 As their name implies, these shears are specifically designed to be used on facial hair which is why they are shorter than regular ones to get to hard-to-reach areas of the face effortlessly. Four essential features in beard scissors are blade length, steel quality, size and ease of grip because they determine how the shears will perform and whether they’ll be portable.
Usually, they come with a convenient finger rest and offer the possibility of tightness adjustment with the tension screw, which is a circular knob in the middle of the scissors. Check the best ones at Beardoholic. For a great haircut, check the scissors listed by our friend at Hot Styling Tool Guide.